A place for older items that do not need to be visible.

Download File
Congratulations to the players recognized by the team and the Central TX Girls High
School Lacrosse League for their play and leadership during the 2013 season.

All State – Mariah Novy
All District – Marci McClenon
2013 U.S. Lacrosse Academic All Americans – Frankie Conover and Lia Irvin
This is awarded to players with exceptional academic accomplishments (at LASA no less) combined with community service and leadership on the lacrosse fields. 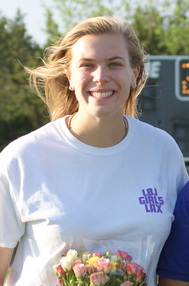 Ava Moorhead was born and raised in the Dallas/FortWorth metroplex.  She was the Captain of the Southlake High School Varsity Lacrosse Team.  Ava attends the University of Texas, in a pre-med program.  She plays midfield on the UT Women’s Lacrosse Team and was Rookie Captain in the 2012-13 season.  Ava is an assistant coach for our team, focusing on advanced skills and conditioning.

Mike Guerrero was born and raised in Austin not too long ago. He graduated from Austin High School and received a B.S. & M.Ed. from Texas State University - San Marcos. Mike is currently the Screening Event Director for Championship Hearts Foundation, an Austin-based non-profit that provides free heart screenings for high school students. He played lacrosse at Austin High for Coach Rich. After a brief stint of being a scholarship athlete playing lacrosse at Catawba College in North Carolina, he assisted Coach Rich in coaching boys lacrosse at Austin High and then girls lacrosse at LBJ.  Coach Mike loves to hike and has conquered many US peaks and trails.